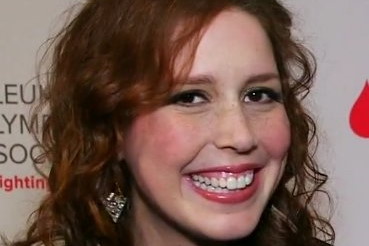 Bayer was born and raised in Orange, Ohio, a suburb of Cleveland. She is the daughter of Carolyn (née Polster) and Todd Bayer. She has a brother, Jonah, who is a music journalist and the guitarist of the punk supergroup United Nations. 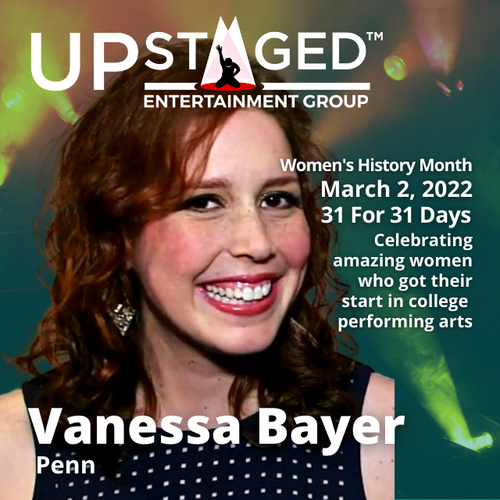 In celebration of Women’s History Month, the National Collegiate Performing Arts (NCPA)TM and UpStaged Entertainment Group, has announced Vanessa Bayer as one of its 31 for 31 most empowering dynamic women – throughout business, politics and entertainment – who got their start in college performing arts.

At age 15, she was diagnosed with acute lymphoblastic leukemia (ALL). Bayer stated that while battling the disease, she discovered the meaning of comic relief. “I don’t know if it made me funnier, but it was so amazing, how it made everything be O.K.”, she said.

Bayer graduated from Orange High School in 2000 and attended the University of Pennsylvania, where she majored in communication and French, graduating in 2004.

As of 2012, Bayer was collaborating with her brother Jonah on the web series Sound Advice for Above Average. Bayer stars as Janessa Slater, a media coach who helps famous musicians change their image.

While attending college, Bayer interned on the television shows Sesame Street and Late Night with Conan O’Brien and participated in the cast of Bloomers, an all-female musical and sketch comedy troupe.[11] Bayer was part of the all-Jewish cast of The Second City’s stage show Jewsical: The Musical, a musical that presented a comedic take on Jewish life and culture.

Bayer played the role of Kate Clark in the Chicago-based feature comedy Off the Cuff.[citation needed

Bayer performed improvisational comedy at Chicago’s Improv Olympic, where she trained with SNL cast mate Paul Brittain as well as the Annoyance Theatre and The Second City.[13]

Bayer appeared on ABC’s Single Parents in 2019 in a recurring role as Mia Cooper, the ex-wife of Taran Killam’s character. Starting in 2018, she had a recurring role on NBC’s Will & Grace playing Amy, a former baker who loses her job because of Karen and subsequently works for Karen’s baseball team.