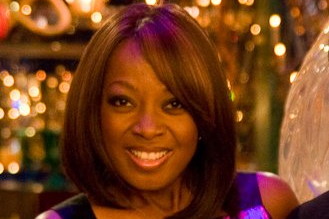 Starlet Marie Jones (born March 24, 1962), better known as Star Jones, is an American lawyer, journalist, television personality, fashion designer, author, and women’s and diversity advocate. She is best known as one of the first co-hosts on the ABC morning talk show The View, which she appeared on for nine seasons from 1997-98 through 2005-06. She was also one of sixteen contestants of the fourth installment of The Celebrity Apprentice in 2011, coming in fifth place.

On January 10, 2022, it was announced that longest running courtroom series, Divorce Court, would enter its milestone 40th season in fall 2022 with Jones, a former Brooklyn prosecutor and district attorney, as the show’s next arbitrator. The move will be Jones’s return to the court show genre having previously served as arbitrator over the 1994-95 series, Jones & Jury. The broadcast made Jones the first Black person to preside over her own court show and first female to preside over arbitration-based reality court shows in particular. 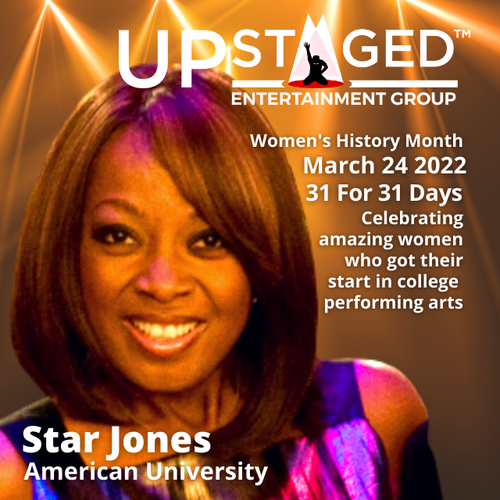 In celebration of Women’s History Month, the National Collegiate Performing Arts (NCPA)TM and UpStaged Entertainment Group, has announced Star Jones as one of its 31 for 31 days of March most empowering dynamic women – throughout business, politics and entertainment – who got their start in college performing arts.

Jones was born in Badin, North Carolina and grew up in Trenton, New Jersey with her mother, a human services administrator, and her stepfather, a municipal security chief.[4]

Jones graduated from Notre Dame High School[5] in Lawrenceville, New Jersey.[4] She earned a B.A. degree in Administration of Justice at American University, where she was initiated into the Lambda Zeta chapter of Alpha Kappa Alpha sorority. Jones earned a J.D. degree from the University of Houston Law Center in 1986, and was admitted to the New York state bar in 1987.

From 1986 to 1991, Jones was a prosecutor with the Kings County District Attorney’s Office in Brooklyn, New York. In 1992, she was elevated to senior assistant district attorney. She was recruited by Court TV in 1991 as a commentator for the William Kennedy Smith rape trial and spent several years as a legal correspondent for NBC‘s Today and NBC Nightly News.

In 1994, she was given her own court show, Jones & Jury, which mimicked the arbitration-based reality format of The People’s Court, though with a blended talk show like set and style. Although the show was canceled after only one season, it made Jones the first Black person to serve as a court show judge. Though not the first female to serve as a court show judge, Jones is the first female to preside over the court show subcategory of arbitration-based reality programming, only Joseph Wapner preceding her. (As announced on January 10, 2022, Jones is scheduled to make her return to the court show genre in fall 2022, as the 6th judge of longest running courtroom series, Divorce Court. Jones will begin presiding in the program’s 40th season).

Jones then became chief legal analyst on Inside Edition, where she led the coverage of the O. J. Simpson murder case. She was the only reporter to interview Simpson during his civil trial, which she covered for American Journal.[10]