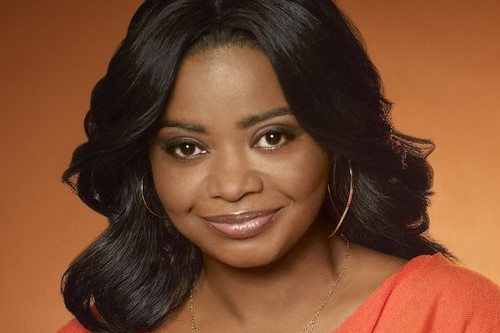 Octavia Lenora Spencer (born May 25, 1970) is an American actress, author, and producer. She is the recipient of several accolades, including an Academy Award, a Golden Globe Award, and three Screen Actors Guild Awards. She is one of two women of color to have received three Oscar nominations and the first black actress to receive two consecutive nominations. 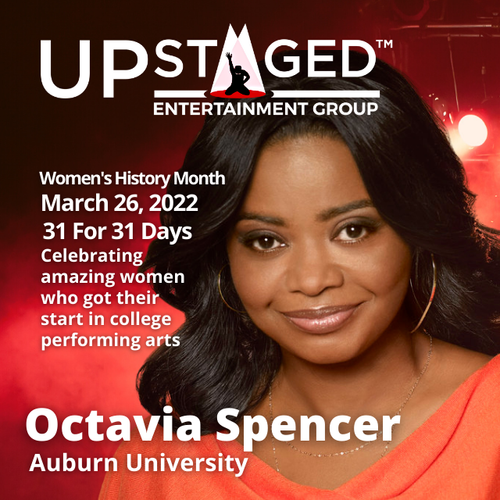 In celebration of Women’s History Month, the National Collegiate Performing Arts (NCPA)TM and UpStaged Entertainment Group, has announced Octavia Spencer as one of its 31 for 31 days of March most empowering dynamic women – throughout business, politics and entertainment – who got their start in college performing arts.

Spencer made her film debut in the 1996 drama A Time to Kill. Following a decade of brief roles in film and television, her breakthrough came in 2011, when she played a maid in 1960s America in The Help, for which she won several awards, including the Academy Award for Best Supporting Actress. For her performance in Ryan Coogler‘s biopic Fruitvale Station (2013), she won the National Board of Review Award for Best Supporting Actress.

Spencer also had a recurring role in the CBS sitcom Mom (2013–15) and a starring role in the Fox teen drama series Red Band Society (2014–15). She portrays the lead role in the Apple TV+ drama series Truth Be Told (2019–present), and received a nomination for the Primetime Emmy Award for Outstanding Lead Actress in a Limited Series or Movie for her portrayal of Madam C. J. Walker in the Netflix limited series Self Made (2020). As an author, Spencer created the children’s book series Randi Rhodes, Ninja Detective. She has published two books in the series, titled The Case of the Time-Capsule Bandit (2013) and The Sweetest Heist in History (2015).