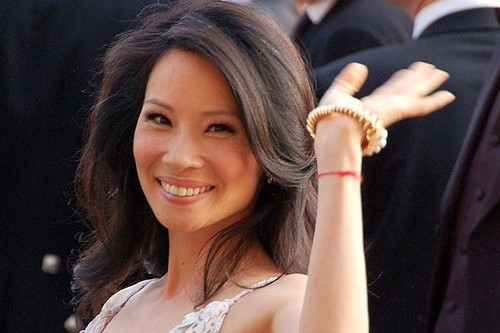 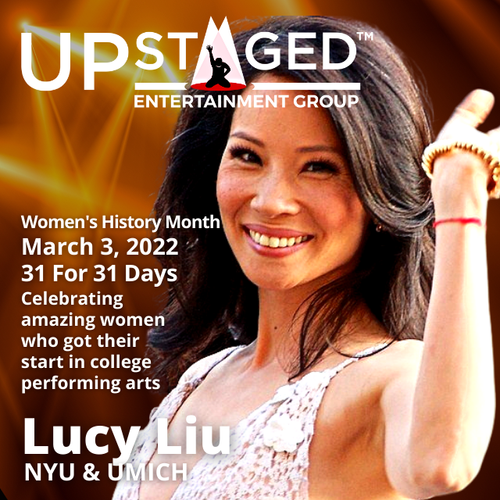 In celebration of Women’s History Month, the National Collegiate Performing Arts (NCPA)TM and UpStaged Entertainment Group, has announced Lucy Liu as one of its 31 for 31 days of March most empowering dynamic women – throughout business, politics and entertainment – who got their start in college performing arts.

she adopted a middle name, Alexis. She is the youngest of three children born to Cecilia, who worked as a biochemist, and Tom Liu, a trained civil engineer who sold digital clock pens. Liu’s parents originally came from Beijing and Shanghai and immigrated to Taiwan as adults before meeting in New York. She has an older brother, John, and an older sister, Jenny. Her parents worked many jobs while Lucy and her siblings were growing up.

Liu has stated that she grew up in a diverse neighborhood. She learned to speak Mandarin at home and began studying English when she was 5. She studied the martial art kali-eskrima-silat as a hobby when she was young. Liu attended Joseph Pulitzer Middle School (I.S.145), and graduated from Stuyvesant High School. She later enrolled at New York University and transferred to the University of Michigan in Ann Arbor, Michigan, where she was a member of the Chi Omega sorority. Liu earned a bachelor’s degree in Asian languages and cultures.