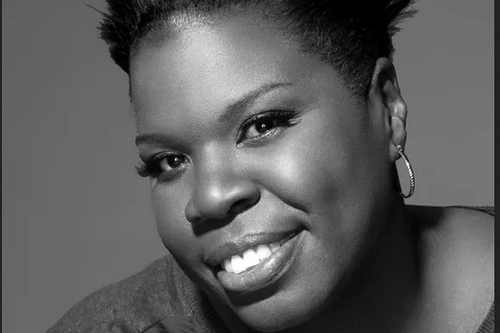 Annette “Leslie” Jones (born September 7, 1967) is an American comedian and actress who was a cast member and writer on Saturday Night Live from 2014 to 2019 and currently the host of Supermarket Sweep. Jones has been a featured performer at the Just for Laughs festival in Montreal and the Aspen Comedy Festival. In 2010, her one-hour comedy special, Problem Child, was broadcast on Showtime. Jones starred in Ghostbusters (2016) as Patty Tolan. In 2017 and 2018, Jones was nominated for a Primetime Emmy Award for Outstanding Supporting Actress in a Comedy Series for her work on Saturday Night Live. In 2017, Jones was named one of the 100 most influential people in the world by Time magazine. 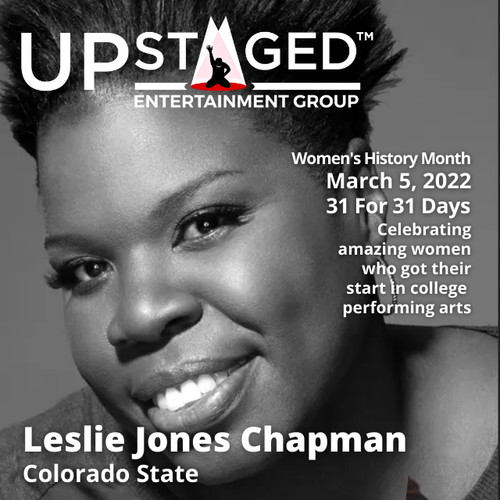 In celebration of Women’s History Month, the National Collegiate Performing Arts (NCPA)TM and UpStaged Entertainment Group, has announced Leslie Jones as one of its 31 for 31 days of March most empowering dynamic women – throughout business, politics and entertainment – who got their start in college performing arts.

Jones was born on September 7, 1967, in Memphis, Tennessee. She had a younger brother, Rodney Keith Jones (1971–2009). Her father was in the United States Army, and her family relocated frequently. Her family moved to Los Angeles, when her father took a job at Stevie Wonder‘s radio station, KJLH, as an electronics engineer. Jones attended high school in Lynwood, California, where she also played basketball; her father suggested that she play the sport because she is six feet tall.

Jones attended Chapman University on a basketball scholarship. While initially unsure of what she wanted to study, Jones worked as a disc jockey at the student radio station, KNAB, and contemplated playing professional basketball overseas. When her coach, Brian Berger, left Chapman in 1986 for the head-coaching job at Colorado State University, Jones followed. Once at Colorado State, Jones contemplated pursuing a pre-law degree, but changed her major several times, including for a time to accounting and computer science, before deciding to major in communication.

Jones began doing stand-up comedy in college in 1987, when a friend signed her up for a “Funniest Person on Campus” contest. After winning the contest, Jones left school for Los Angeles. She performed at comedy clubs while working day jobs at Roscoe’s House of Chicken and Waffles and UPS to make ends meet. Comedians Mother Love and Dave Chappelle encouraged her to move to New York City to hone her craft for two years, where she appeared on BET‘s ComicView before returning to Los Angeles. She performed at The Comedy Store in West Hollywood, but received unfavorable reviews of her shows there. She then went out on tour, opening for Jamie Foxx where she was booed by his audience. Feeling as though she lacked experience, Jones stopped performing for three years. Fearing that she would only ever be known in African American circles, around 2010 she began to stop playing so called “black clubs” One night, Chris Rock saw her perform and gave her name to several of “the biggest managers in comedy” all of whom “didn’t get it”. Rock would eventually help Jones get a job at Saturday Night Live.

In 2008, Jones was part of Katt Williams‘s It’s Pimpin’ Pimpin’ tour. Netflix signed Jones for a stand-up special slated for 2020.

In December 2013, Saturday Night Live held a casting call to add at least one African-American woman to the show, and Jones auditioned. Prior to being asked to audition, Jones had criticized the show, saying that the show, and especially cast member Kenan Thompson, was “not funny”.[17] Sasheer Zamata was added as a featured player, while Jones and LaKendra Tookes were hired as writers. Jones appeared during the Weekend Update segment of the May 3, 2014 episode hosted by Andrew Garfield, where her jokes about her current dating problems and her potential effectiveness as a breeding slave sparked controversy.

Jones appeared in the first and third episodes of the 40th season, hosted by Chris Pratt and Bill Hader, respectively. On October 20, 2014, Jones was promoted to the cast as a featured player, and made her official debut on the October 25, 2014 episode hosted by Jim Carrey. She became, at age 47, the oldest person to join the show as a cast member (surpassing Michael McKean and George Coe, who were 46 when they joined the show in 1994 and 1975, respectively). Jones’ addition marked the first time in SNL history that the show’s cast included more than one African-American woman; moreover, the 40th season was the first to have five concurrent African-American cast members, beating the previous record of three. Jones subsequently returned for Seasons 41, 42 (where she was promoted to Repertory Status), 43, and 44.

In 2017 and 2018, Jones was nominated for the Primetime Emmy Award for Outstanding Supporting Actress in a Comedy Series for her work on SNL.

Jones did not return to the 45th season, making the 44th season her last season.