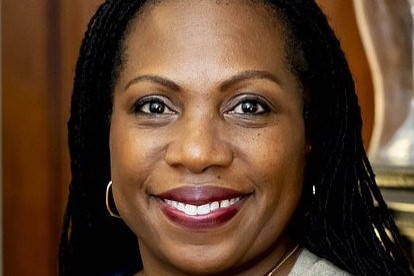 Ketanji Brown Jackson (born Ketanji Onyika Brown; /kəˈtɑːndʒi/ kə-TAHN-jee; September 14, 1970) is an American attorney and jurist who has served as a federal judge on the United States Court of Appeals for the District of Columbia Circuit since 2021. She is a current nominee for the Supreme Court, awaiting Senate confirmation. 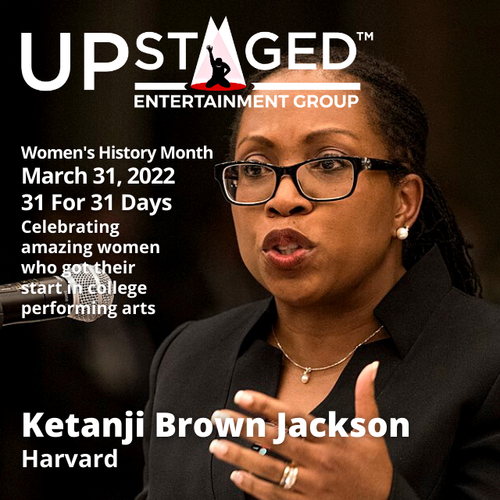 In celebration of Women’s History Month, the National Collegiate Performing Arts (NCPA)TM and UpStaged Entertainment Group, has announced Ketanji Brown Jackson as one of its 31 for 31 days of March most empowering dynamic women – throughout business, politics and entertainment – who got their start in college performing arts.

Born in Washington, D.C., and raised in Miami, Florida, Jackson attended Harvard University for college and law school, where she served as an editor on the Harvard Law Review. She began her legal career with three clerkships, including one with U.S. Supreme Court Associate Justice Stephen Breyer. Prior to her elevation to an appellate court, from 2013 to 2021, she served as a district judge for the United States District Court for the District of Columbia.

Jackson was also vice chair of the United States Sentencing Commission from 2010 to 2014. Since 2016, she has been a member of the Harvard Board of Overseers.

Jackson was born on September 14, 1970, in Washington, D.C. to educators Johnny and Ellery Brown, both graduates of historically black colleges and universities. When Jackson was 4 years old, the family moved to Miami, Florida so that her father, a history teacher (whom Jackson cites as her inspiration), could attend University of Miami School of Law as a full-time student. The family lived in on-campus housing. Her father would ultimately become chief attorney for the Miami-Dade County Public School Board; while her mother became the principal at New World School of the Arts, located within Miami Dade College, from 1993 to 2007.[11][12] Her brother, Ketajh Brown, is a graduate of Howard University, and a former police officer who joined the United States Army after the September 11 attacks, serving two tours of duty in the Iraq War.[13] Jackson is the niece of former officers, including Calvin Ross, who served 40 years in law enforcement as Chief of Miami Police Department, later Secretary of Florida Department of Juvenile Justice appointed by then Governor Lawton Chiles, and finally Chief of Police for Florida A&M University before retiring in 2012.

Jackson grew up in the Miami area, and graduated from Miami Palmetto Senior High School in 1988. In her senior year, she won the national oratory title at the National Catholic Forensic League Championships in New Orleans, the second-largest high school debate tournament in the United States. She is quoted in her high school yearbook saying that she “[wanted] to go into law and eventually have a judicial appointment.”