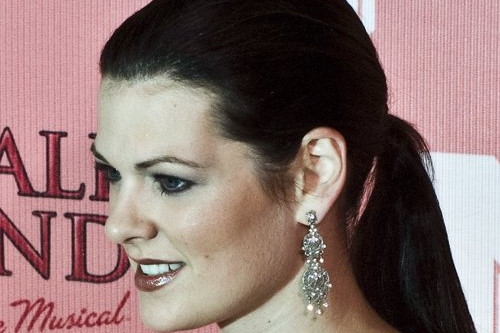 Katherine Renee Shindle (born January 31, 1977) is an American actress, singer, dancer, and AIDS activist. She is currently serving as the President of the Actors’ Equity Association. She was Miss America 1998 in 1998 and Miss Illinois in 1997.

Shindle was born in Toledo, Ohio, grew up in Brigantine, New Jersey and Moorestown, New Jersey[2][3] and attended high school at Bishop Eustace Preparatory School. She was a double major in sociology and theater (with a minor in musical theater) at Northwestern University. She has worked as an actress in New York since 1999. Shindle is also a licensed real estate agent. 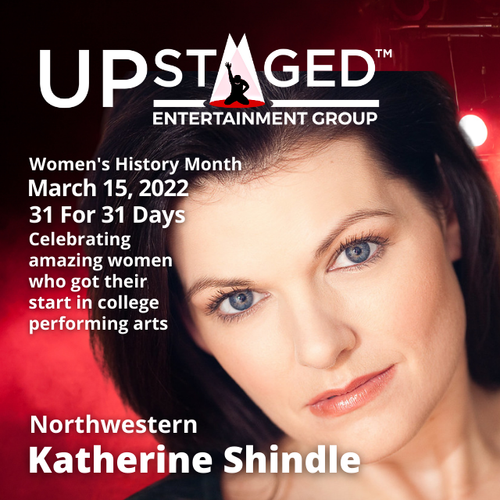 In celebration of Women’s History Month, the National Collegiate Performing Arts (NCPA)TM and UpStaged Entertainment Group, has announced Katherine Shindle as one of its 31 for 31 days of March most empowering dynamic women – throughout business, politics and entertainment – who got their start in college performing arts.

Shindle appeared (as a replacement) in the Broadway production of Jekyll & Hyde as understudy for the role of Lucy and several other roles. After being cast by co-directors Sam Mendes and Rob Marshall, she played the role of Sally Bowles in the 1998 Broadway revival of Cabaret on the national tour in 2000–2001, and on Broadway during June–July 2001.

She played this role again in the Maltz Jupiter Theatre (Jupiter, Florida) production, starting in January 2012, and was nominated for a 2013 Carbonell Award. In 2007-2008 she appeared in the Broadway musical Legally Blonde as Vivienne Kensington. She played the Mad Hatter in the Broadway production of Wonderland in 2011.

She appeared in a concert version of Jeykll & Hyde in September 2004 at the Mohegan Sun Casino‘s Cabaret Theatre in Uncasville, Connecticut, playing Lucy. She then toured in the United States with the concert version, starting in September 2005, and recorded the role on the Jekyll & Hyde: Resurrection album.

In 2014, she wrote a memoir, Being Miss America: Behind the Rhinestone Curtain, published by the University of Texas Press.

In 2015, she defeated incumbent Nick Wyman for the presidency of the Actors’ Equity Association.