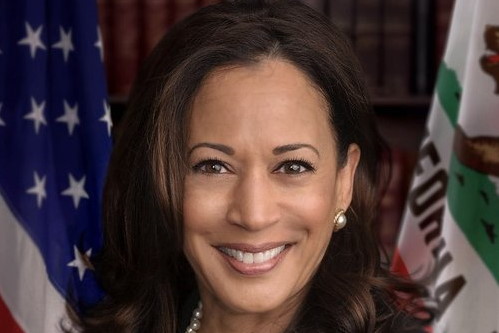 In celebration of Women’s History Month, the National Collegiate Performing Arts (NCPA)TM and UpStaged Entertainment Group, has announced Kamala Harris as one of its 31 for 31 days of March most empowering dynamic women – throughout business, politics and entertainment – who got their start in college performing arts. 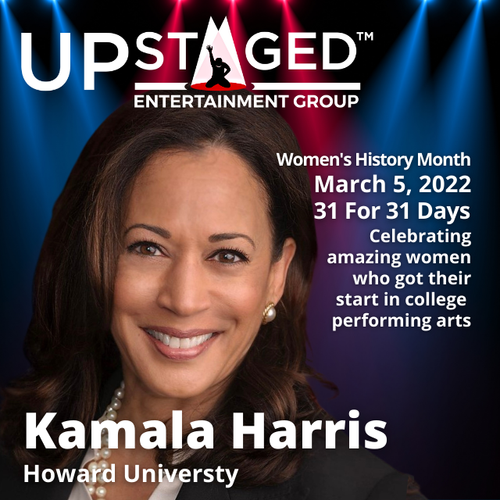 Born in Oakland, California, Harris graduated from Howard University and the University of California, Hastings College of the Law. She began her career in the Alameda County District Attorney’s Office, before being recruited to the San Francisco District Attorney’s Office and later the City Attorney of San Francisco‘s office. In 2003, she was elected district attorney of San Francisco. She was elected Attorney General of California in 2010 and re-elected in 2014. Harris served as the junior United States senator from California from 2017 to 2021. Harris defeated Loretta Sanchez in the 2016 Senate election to become the second African American woman and the first South Asian American to serve in the United States Senate. As a senator, she advocated for healthcare reform, federal de-scheduling of cannabis, a path to citizenship for undocumented immigrants, the DREAM Act, a ban on assault weapons, and progressive tax reform. She gained a national profile for her pointed questioning of Trump administration officials during Senate hearings, including Trump’s second Supreme Court nominee Brett Kavanaugh, who was accused of sexual assault.

Harris sought the 2020 Democratic presidential nomination, but withdrew from the race prior to the primaries. Biden selected her as his running mate in August 2020, and their ticket went on to win the general election in November. She assumed office as vice president of the United States on January 20, 2021.

Kamala Devi Harris was born in Oakland, California,  on October 20, 1964. Her mother, Shyamala Gopalan, a Tamil Indian biologist whose work on the progesterone receptor gene stimulated advances in breast cancer research,  had arrived in the United States from India in 1958 as a 19-year-old graduate student in nutrition and endocrinology at the University of California, Berkeley;  Gopalan received her PhD in 1964.  Harris’s father, Donald J. Harris, a Stanford University professor emeritus of economics, arrived in the United States from British Jamaica in 1961 for graduate study at UC Berkeley, receiving a PhD in economics in 1966. Of Afro-Jamaican descent, Donald Harris met his future wife Shyamala Gopalan through the civil rights movement.

Harris and her younger sister Maya lived in Berkeley, California, during and after her parents’ studies. They stayed briefly on Milvia Street in central Berkeley, then at a duplex on Bancroft Way in West Berkeley, an area often called the “flatlands”  with a significant black population. When Harris began kindergarten, she was bused as part of Berkeley’s comprehensive desegregation program to Thousand Oaks Elementary School, a public school in a more prosperous neighborhood in northern Berkeley which previously had been 95 percent white, and after the desegregation plan went into effect became 40 percent Black.

A neighbor regularly took the Harris girls to an African American church in Oakland where they sang in the children’s choir, and the girls and their mother also frequently visited a nearby African American cultural center. Their mother introduced them to Hinduism and took them to a nearby Hindu temple, where she occasionally sang.  As children, she and her sister visited their mother’s family in Madras (now Chennai) several times. She says she has been strongly influenced by her maternal grandfather P. V. Gopalan, a retired Indian civil servant whose progressive views on democracy and women’s rights impressed her. Harris has remained in touch with her Indian aunts and uncles throughout her adult life. Harris has also visited her father’s family in Jamaica.

Her parents divorced when she was seven. Harris has said that when she and her sister visited their father in Palo Alto on weekends, other children in the neighborhood were not allowed to play with them because they were black. When she was twelve, Harris and her sister moved with their mother to Montreal, Quebec, where Shyamala had accepted a research and teaching position at the McGill University-affiliated Jewish General Hospital. Harris attended a French-speaking primary school, Notre-Dame-des-Neiges, then F.A.C.E. School, and finally Westmount High School in Westmount, Quebec, graduating in 1981. Wanda Kagan, a high school friend of Harris, later told CBC News in 2020 that Harris was her best friend and described how she confided in Harris that she had been molested by her stepfather.  She said that Harris told her mother, who then insisted Kagan come to live with them for the remainder of her final year of high school. Kagan said Harris had recently told her that their friendship, and playing a role in countering Kagan’s exploitation, helped form the commitment Harris felt in protecting women and children as a prosecutor. After high school, in 1982, Harris attended Howard University, a historically black university in Washington, D.C. While at Howard, she interned as a mailroom clerk for California senator Alan Cranston, chaired the economics society, led the debate team, and joined Alpha Kappa Alpha sorority. Harris graduated from Howard in 1986 with a degree in political science and economics.

Harris then returned to California to attend law school at the University of California, Hastings College of the Law through its Legal Education Opportunity Program (LEOP).  While at UC Hastings, she served as president of its chapter of the Black Law Students Association. She graduated with a Juris Doctor in 1989 and was admitted to the California Bar in June 1990.