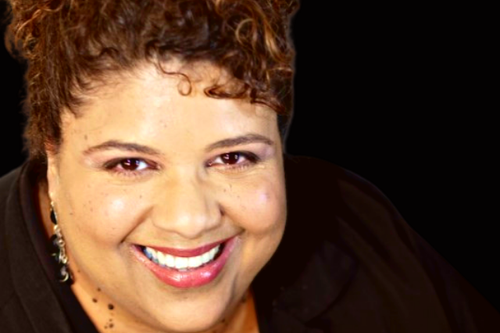 Connaitre Miller is currently Associate Professor of Music and Vocal Jazz Coordinator at Howard University in Washington, D.C. She is the founder and director of the award-winning vocal jazz ensemble, Afro Blue, teaches vocal improvisation, vocal jazz arranging, and applied lessons in jazz voice. A native of Kansas, Connaitre received a B.M. in Music Education and a M.M. in Piano Performance from Kansas State University in Manhattan. 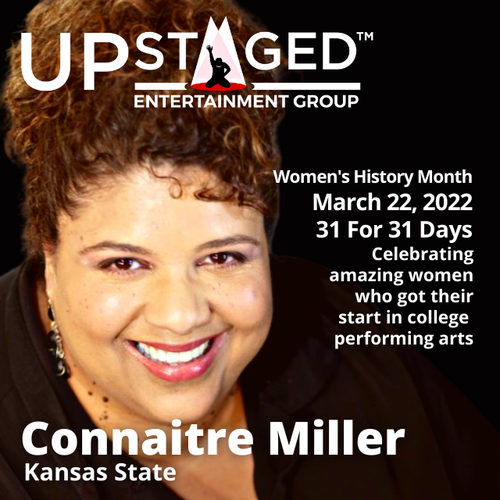 In celebration of Women’s History Month, the National Collegiate Performing Arts (NCPA)TM and UpStaged Entertainment Group, has announced Connaitre Miller as one of its 31 for 31 days of March most empowering dynamic women – throughout business, politics and entertainment – who got their start in college performing arts.

Her post-graduate study was undertaken at The University of Northern Colorado where she majored in Choral Conducting with a secondary emphasis in Jazz Pedagogy. Preceding her tenure at Howard University, Connaitre taught at The Elder Conservatorium of Music (University of Adelaide) in South Australia; at Cypress Community College and Cal State Long Beach in California; Kansas State University; and in Junction City, Kansas at high school, middle school and elementary school levels.

In addition to her work at Howard University, Ms. Miller performs as a solo jazz vocalist, having appeared at many jazz festivals throughout the US and abroad. She has also served on the adjudication panels for the Mid-Atlantic Jazz Festival, Sarah Vaughn International, and the Ella Fitzgerald Jazz Vocal Competitions. Connaitre has also gained recognition as a premier arranger in the jazz choir genre having received several commissions from the John F. Kennedy Center for the Performing Arts under the auspices of the late Dr. Billy Taylor. She served for 5 years on the faculty for the All-Female Jazz Residency at the New Jersey Performing Arts Center (NJPAC) under the directorships of the late Geri Allen and more recently, Regina Carter. Connaitre also conducts workshops and master classes on jazz singing, improvisation and jazz choir techniques, serves as Guest Conductor for All-State Jazz Choirs and has appeared as an artist-in-residence at several institutions. Connaitre is a recipient of the prestigious Jazz Education Achievement Award by DownBeat Magazine.